The Christmas dinners are organised by independent steering groups around the country. There are  seven areas of organisation which make up the dinner for Christmas day . They are transport, guests, volunteers, venue, food, presents and the steering group.   One or two people take responsibility for each of the seven areas. They began meeting in October. 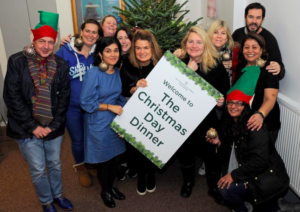 The dedicated groups then meet every two weeks up to Christmas to feed in ideas and help each other. They call extra meetings if needed. The value of the group is that no area is more important than another. No person either. If your role is to organise the steering group it does not make you more important than the presents group. Helping each other achieve the goal is the key.

One part of the Christmas Dinners is often overlooked: The film. The film is a simple affair run by two people and an iphone. One person finds the interviewees and the other person interviews and films them on an iphone in a quiet place with a Christmassy background.  There are only two questions to ask. Importantly this makes it simple in the edit. What would you have been doing if you didn’t come to the dinner?   And Can you talk about what you thought of the day? Encourage the interviewee to expand on their answers. Make sure to interview in the time before they catch their taxis – the end of the day. This one isn’t the best but I shot it I edited it and whenever I hear the words “that’s my sister”….

In the week between Christmas and new year edit the shots into the film. Make it no longer than three and an half minutes. If you want to top and tail the video with little shots of the beginning and end of the day then do so. It really is that simple. Roll credits. Acknowledge everyone in the credits. I will be interested to see which Christmas Dinners do that this year. And please, don’t play music over their answers. Their answers are were the magic is. Here’s another one. The first words spoken in this one are “I left care yesterday. It was frightening really. I was 21 yesterday”.

Since it started in Manchester 2013 there has been a stead y increase each year. There are seventeen Christmas Dinners across the country this year. The Gold From The Stone Foundation raises money for the Christmas Dinners although many of the dinners have raised money independently. Gold From The Stone Foundation have received £10,000 from the actress Sally Lindsay and £500 from Julie Hesmondhalgh and donations from kind individuals and organisations across the country including my publishers Canongate Books and EDPR.

I started this movement in 2013. I am not its leader. There is no leader. We are volunteers of equal standing. We move as a group who want to inspire each other. We do this in our own time. We do this independently. There are inspirers like Paul Askew from The Arts School in Liverpool, Vivienne Westwood who support us through individual efforts of kindness.   Sally Lindsay who raised £10,000 for us.  Julie Hesmondhalgh who raised £500.  That’s what the Christmas dinners are all about:  thousands of individual efforts of kindness.

Some young people come to the dinner and wonder which organisation has put it on. There isn’t one. This is community. The people who live near to those in most need on Christmas day are saying to them “this is for you”.  It isn’t complicated. We ahve one aim: to provide a scrumptious Christmas Dinner and a wonderful Christmas day for care leavers between the ages of 18 and 25.  It is provided by the community and those who believe in community. 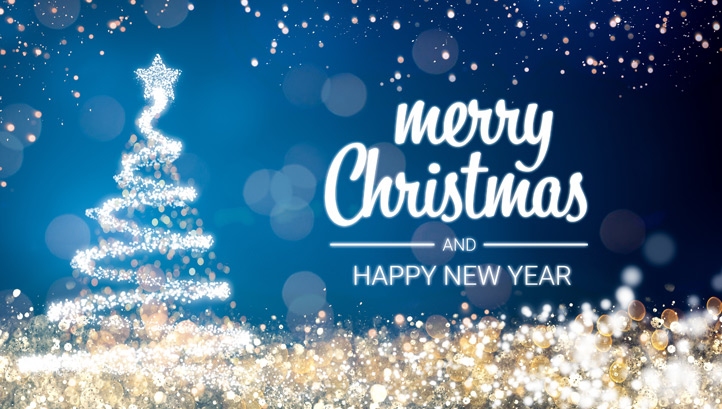 3 thoughts on “Don’t forget the film. Merry Christmas to all the Christmas Dinners in 2019”